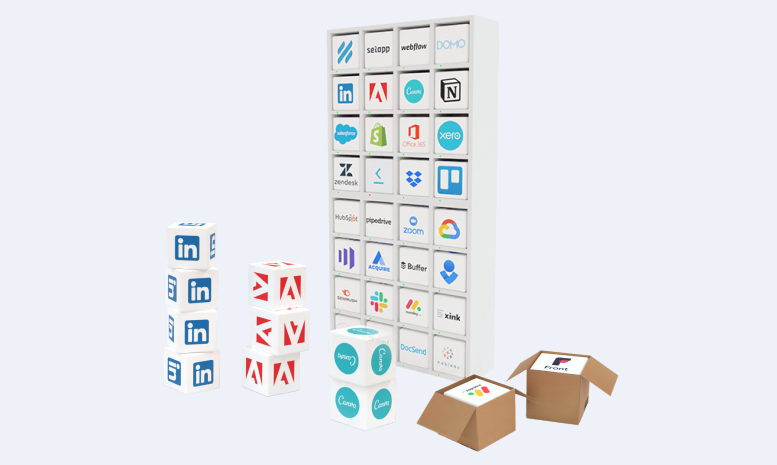 Cledara, the all-in-one SaaS platform founded in the UK, is the leading solution for fast-growing companies to manage their software subscriptions — from discovering the useful ones to canceling the unused ones. Cledara guides companies through scaling operational processes, complying with ever-changing regulations, and saving valuable time and money.

Helping businesses get a handle on their SaaS spending

After experiencing tremendous growth in Europe, Cledara entered the US market in January 2022 with commercial credit cards powered by Bond in order to better help clients manage their ever-growing SaaS subscriptions.

Cristina Vila Vives, Founder and CEO of Cledara, set out to help businesses become successful users of the software they depend on and payment is where the SaaS journey kicks off for most companies. “The problem starts the minute that people want to pay for a SaaS product,” Cristina explained. “They typically will use a shared company card to pay for it and then they expense it a month or two later. Often, it can take months for them to realize they've been paying for something they either don’t use anymore or simply forgot they had.” In a fast-growing business, this lack of process is where SaaS expenses get out of hand quickly.

Cristina also realized from her own personal experience that managing SaaS applications was more difficult than it should be. “I ended up being the admin for multiple SaaS applications that I didn’t use in my function. But since I managed the initial payment, I had to be the one giving people access; I had to be the one resetting people's passwords; if somebody left, I had to remove access.”

Upon experiencing firsthand the negative impact of a disorganized, unwieldy software stack had on efficiency at a previous company, Cristina had the idea to bring Cledara to life. She worked in close proximity to several other startups who were all experiencing the same pain of managing SaaS on a spreadsheet. That’s when she realized she had a business idea that could drive real value for companies. But the problem went deeper than just efficiency or process improvements — it negatively affected employees' ability to be successful in their roles.

“I turned to other founders of companies and I asked them, ‘Guys, how do you manage this? I can't believe there isn’t a better way.’ We were all essentially running everything on a spreadsheet and I thought that was impossible,” recalled Cristina. “I am someone that likes to have things organized and this problem clearly needed solving. At some point I said, ‘Well, this has to exist.’”

In the United States, Cledara uses Bond Embedded Credit to create a virtual card for each SaaS subscription, which then provides subscription-level data to a dashboard where administrators can monitor and control their spending without any manual processes. Administrators can see all SaaS software subscriptions in one place, giving them the visibility and control they need while providing functional teams the flexibility they desire in choosing the best software for their needs.

When an employee moves on from a company, their subscriptions can all be automatically turned off by deactivating the virtual credit cards associated with those subscriptions in a click. Similarly, duplicated subscriptions are flagged and ultimately removed.

Virtual credit cards are key to overseeing spending because they allow for extreme granularity. For example, a card can have a limit set exactly to the monthly cost of the subscription so overages or any other fees will not be paid. Virtual credit cards also allow administrators to easily increase or decrease an individual’s SaaS usage by authorizing or declining requests for greater usage, such as CRM software, cloud storage, or advertising.

How it all works: Parent-child accounts, ledger, and fund transfers

Scale was a key criteria for Cledara’s entry into the US and Bond had the answer. Cledara built a system for SaaS management on top of Bond’s platform to help them create, monitor, manage, and maintain parent-child accounts, uniquely configure settings per card, and transfer funds—all for thousands of accounts across thousands of customers.

Cledara caters to businesses so it needs to run Know Your Business (KYB) for regulatory compliance. Cledara uses Bond’s KYB API to quickly and easily run KYB on all their customers, eliminating the need to build the technology internally or contract separately with an additional vendor.

To create parent-child accounts, Cledara leveraged Bond Ledger’s unique data capabilities to build custom data models that create one parent card with an overarching credit limit for the entire business and then multiple child cards with unique limits for each individual SaaS subscription. For instance, the company’s parent credit card limit might be set to $50,000 per month with different monthly limits for child cards set to $10,000 for AWS, $12.99 for Canva, and $0.99 for an Apple iCloud storage plan. Cledara both creates and manages those card settings using Bond’s Cards API.

Each month, Cledara uses Bond’s Transaction API to generate a single statement for an entire business, receiving a list of transactions across all child cards and making payments straightforward, despite the complexity of paying all child accounts in a timely manner. To make those payments, Cledara transfers the money via ACH payments each month from its customers’ linked bank accounts, then pays off the balance across each child account using that same transfer API for card-to-card transfers. This is all done without Cledara or its customers having to do any manual work.

Cledara needed a partner for their US launch who could help them verify the identities of their customers (KYB), issue virtual credit cards, monitor transactions, and pay a myriad of parent and child accounts. Only a few companies could do that, fewer had sufficient documentation to meet Cledara’s standards, and only one had the technology to do what they really wanted: Bond.

Cledara decided to use charge cards in the US rather than debit cards, as they do in Europe and the UK, because of the wide adoption and the favorable economics of credit cards in the US. By partnering with Bond, Cledara retains all interchange revenue that is not captured by the bank and credit card network. Cledara is then able to return most of this to their customers in the form of a cashback reward.

“We are beyond happy with the Bond team,” said Brad van Leeuwen, Co-founder and COO of Cledara. “Their responsiveness is exceptional and the technical choices they’ve made are incredibly smart. We are super excited to be working with them as we bring Cledara to the US.”

As Cledara’s success grows in the United States, they trust that Bond will grow right along with them. “We know how robust Bond’s engineering is since we pounded on it to make sure it won’t break as we grow,” Brad continued. “With Bond, we know we can scale Cledara for the long term.”

DocumentationAPI StatusSandboxLogin
© 2022 Bond Financial Technologies, Inc.
Bond and its featured customers are financial technology companies and not banks. Banking services are provided by Bond’s partner banks who are Member FDIC.