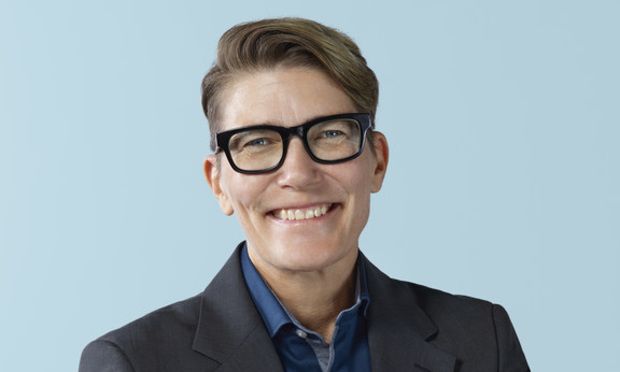 My legal career was off to a great start; I graduated at the top of my class at Cornell Law School, landed a federal clerkship and joined a prestigious law firm in New York City — I put the work in. Then I decided to join a tech startup, DoubleClick.

My colleagues thought I was crazy. My family probably did, too, but they were too polite to say so. All were baffled that I would leave the world of private practice for some startup. In the early days, the allure and the draw of Silicon Valley wasn't quite what it is today. And, technically speaking, I was headed to Silicon Alley, a small stretch of tech companies that populated Manhattan's flatiron district.

I followed my gut and left my private practice career to pursue the intersection of law and tech in March 2000. It opened doors for me that shaped my career; it was probably the best decision I could have made.

At my first tech job, I joined as Deputy General Counsel of Litigation and later became the General Counsel of DoubleClick. Being a part of its rapid rise, I realized first-hand the power of not only well-engineered tech but well-engineered teams. When you operate with the understanding that every minute matters, and when everyone has a clear sense of their mission, you can make an outsized impact.

I was absolutely thrilled by the sense of urgency, the pace and the challenges that we were tackling. It was a whole greenfield of opportunity where we could build the technology that we felt played a critical role in determining the fate of the internet. This, to me, felt like my niche — helping companies execute on their mission and accelerate their impact.

Roy and I had the pleasure, and the luck, of working closely together at SuccessFactors, where we built a finely tuned team focused on execution. Years later over a catch up, he told me about the massive problem that the team at Bond was trying to solve and that caught my attention. Bond is closing the gap between financial institutions and brands so consumers have more personalized, tailored and impactful experiences. And, they're doing it by empowering innovators to build on Bond’s powerful developer tools. Bond gives brands the power to focus on what they will deliver to consumers; they don't have to worry about building the plumbing and custom APIs to connect to the backend of banks' and third party vendors’ systems. Bond also gives sponsor banks the ability to work with brand partners in a secure, compliant and collaborative way.

That is the type of real and significant challenge that led me from private practice to Silicon Alley and then Valley. And, as a member of Bond’s board of advisors, it's the type of mission that I'm excited to partner with Roy and his team to realize.

You can find more information about Hillary here.

Jon Summers: Why I Joined Bond

Build the future of finance with us.