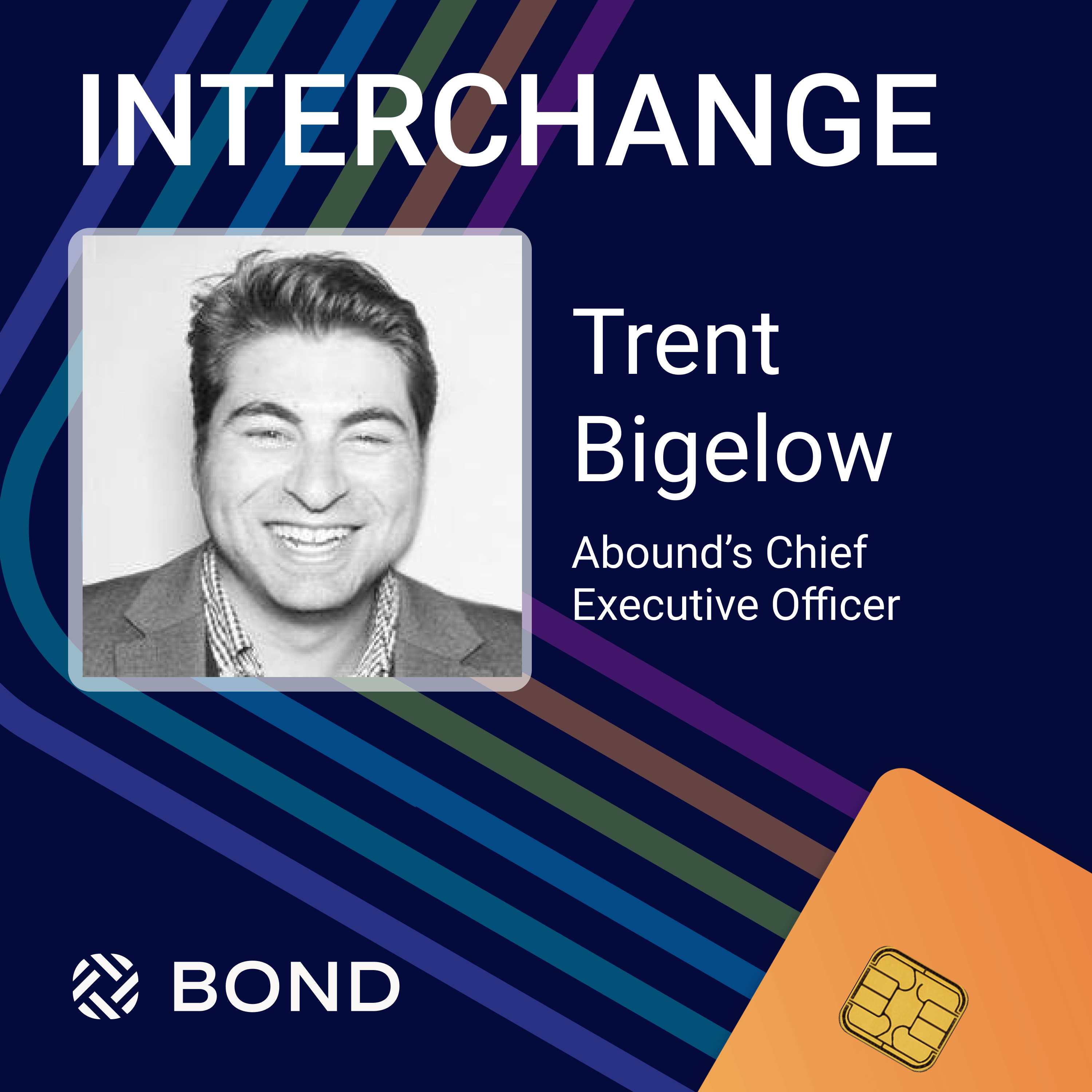 You can find Interchange on Spotify, Apple or your favorite podcast platform.

The independent economy is on pace to break 60 million people and it’s not slowing down. Call it what you will: the “gig economy," "independent economy" or "freelance economy.” Whatever term you use, it’s growing at an unprecedented rate.

We recently sat down with one of the fintech world’s foremost experts on the subject, Trent Bigelow, CEO at Abound, who is also a former freelancer. Throughout Trent's journey over the last six years at Abound,  he's worked to solve the recurring challenges that freelancers face. One of those big challenges pops its head up fairly regularly — taxes.

Abound is an API for tax withholding and providing benefits within the independent or "gig" economy.

The company started as a consumer facing “tax savings app.” They even powered the Self Saver App for The AARP Foundation, helping seniors in the freelance economy save for taxes. It helped thousands of people in need of automated tax withholding and remittance, but they knew there was a larger impact to be had. A bigger dent to put in the world, if you will.

Enter the Abound API. Abound reinvented itself by shifting its focus to support the wave of Embedded Finance and Banking as a Service infrastructure coming to market.

Here are a few of the key takeaways that stuck out to us from our conversation with Trent.

Many Americans take tax withholding for granted; some don’t even know it’s happening. All they know is that their employer magically takes some money out of their paycheck for Uncle Sam.

Trent explained that he and his co-founders “didn’t understand what quarterly estimated taxes were…[we] didn’t understand how to find and manage and pay for our own benefits." When Trent and his co-founders started going to freelancer meetups, they realized it wasn’t just them. "There are 58 million independent workers, according to McKinsey. That number is expected to go up to 50% of all Americans with at least a thousand dollars in 1099 income.”

This trend doesn’t discriminate. The “have and the have nots” both deal with 1099 income in different ways — whether it’s driving for Uber or writing blog posts on a freelance basis, most Americans have felt this problem at some point in their lives.

The term “democratize” is played out at this point but, in the truest sense, it’s time to democratize the W-2 experience. It’s time for equal access.

We Can’t Trust Ourselves with Our Money

Behavioral psychology is an annoying fact of life; humans function on incentives and the occasional dopamine hit. It’s just plain hard to sit on and save the money that you’re supposed to pay to the government. The more you wait, the more tempting a YOLO purchase becomes.

As Trent explains, “We  just can’t be trusted to do the right thing with our money. We’re just going to spend it how we want to spend it." He later adds, "But until the world sees it this way, it’s on us as individuals and the apps that serve these people, to help them be on the right footing.”

Earlier, we mentioned the haves and the have-nots in the US. This growing divide  isn’t just limited to socioeconomic status.

Trent explains that, “The new divide growing in the US that correlates with financial health isn’t only financial. It’s the digital divide." While most folks might have access to some sort of digital device like a smartphone, there are still people who have limited access to a device that can accommodate new financial apps.

If folks don’t have access to a phone that allows them to download these apps we talk about, then they are inherently at a disadvantage.

The work the fintech world is doing to build infrastructure to level the playing field for finance is paramount, but we can’t forget that the problem we’re trying to solve has many layers. What Abound and Bond are building solutions for one piece, but don’t forget that it’s part of an ecosystem — sometimes the hardware is just as important as the software. Without the proper hardware, the groundbreaking software being built can’t have the impact we’re all hoping for.

If you have a passion for building seamless integrations into cutting edge technology partners like Atomic, Bond is hiring!

Why I Joined Bond: Jaco Raubenheimer

Get our newsletter and latest updates about our company, what we are working on, and other fintech related news.

Build the future of finance with us.