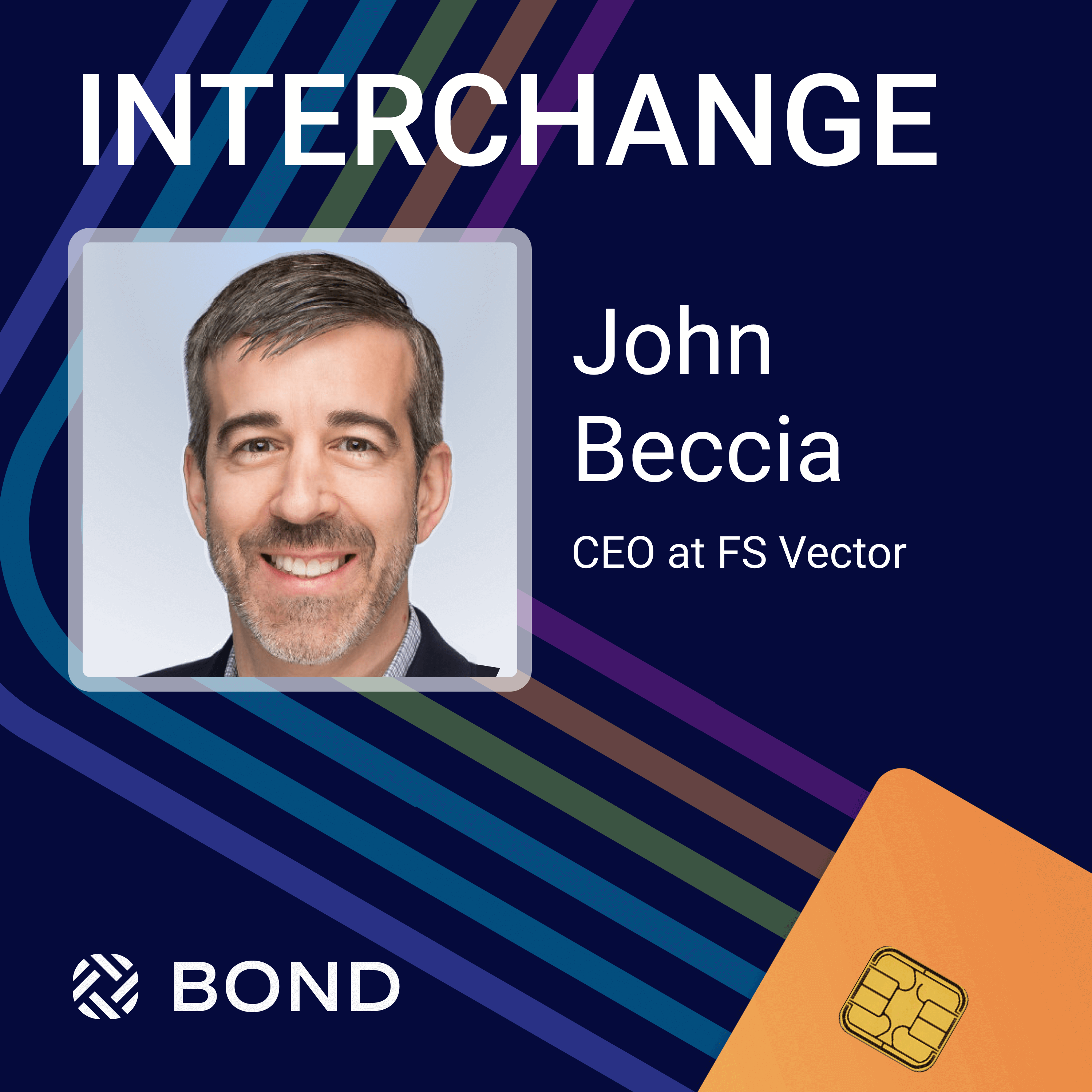 We hate to break it to you but...the odds are John Beccia was into bitcoin before you were.

John is a lawyer by trade yet he established himself and his career in the banking industry in the Northeast. In 2013, John got a fateful call from a startup focused on some new thing called ‘bitcoin’ that he had never heard of. To be fair, just about no one had heard of this bitcoin thing when he got the call — that company was called Circle. Today, Circle is well known as one of the leaders in cryptocurrency technology.

We recently sat down with John Beccia, Chief Executive Officer at FS Vector for a policy-focused Interchange. You can find the full episode on Spotify, Apple or your favorite podcast platform.

As the in-house Counsel and Chief Compliance at Circle, John wrote a good portion of the book on cryptocurrency and blockchain-centric compliance. He was instrumental in Circle being granted the first BitLicense issued by the New York Department of Financial Services.

Getting the first BitLicense was no small feat back before cryptocurrency went mainstream. For those paying attention, it was an inflection point in the regulation of this new class of currency.

Today, John and his team at FS Vector advise financial services companies of all sizes. His background in banking and Circle with his team’s experience across the industry make FS Vector one of the top boutique advisory firms in the space.

As an advisor to Bond, we asked John what advice he thinks is most important for the industry to keep building and even increase the momentum. Here are a few of his thoughts.‍

One thing that John brings up again and again is to engage with your regulators. Don’t avoid them or “hide” until you think you’re ready.

If you know your company is going to be working in a regulated environment, don’t run away from it. Lean into it. As John says, “Being proactive in compliance and engaging with regulatory agencies is so helpful.”

If you’re building something novel, reach out and have a conversation.

Regulators like to learn and want to understand the future of finance as much as the rest of us. At Bond, we have advisors and team members that come from the regulatory world; they’re some of our most helpful and most impactful people because they understand the letter of the law and how technology can and should fit in.

If you’re intimidated or not sure where to start, find a partner like FS Vector that can help you navigate through the process. ‍

“You have a strategy and a plan — you should stick to it. Bringing on someone like myself (an advisor) or even a Chief Compliance Officer in the early days can really pay dividends,” John says.

Don’t avoid innovation and do things the way they’ve always been done out of fear. Bring  someone in to help you navigate the regulatory waters. It doesn’t always have to be a CCO or a paid consultant, either.

In Bond’s case, we offer the ability to help brands sort out their compliance strategy and act as a strategic partner during the build. When the program starts scaling, it’s probably time to bring on someone in house, but there are also creative ways to get this knowledge through partners like Bond.

Be scrappy but “move fast and break things” is not the way in financial services. Working with partners who allow you to move fast without breaking things is the way. ‍

“Thinking ahead and thinking about scalability is an issue. Everyone’s going to rush to get to market; they become really successful and then they realize that it [the technology] won’t scale.”

It’s the classic Catch-22 in technology startups. As the famous Reid Hoffman quote goes, “If you’re not embarrassed by the first version of your product, you’ve launched too late.”

This is even more nuanced in fintech. Maybe it’s true of your design, but it shouldn’t be true of your banking partnerships, technology partners or any other key piece to your financial product. Your v1 in the world of fintech still needs to be compliant and ready to scale.

It isn’t easy to build a v1 without spending a lot of time and money, but it is possible. Finding the right partner is the most important first step. For years we’ve seen fintech after fintech reinvent the wheel by building their own infrastructure, vetting dozens of bank partners and working through contractual nightmares only to end up right back where they started.

Bond is building to satisfy this need at every stage of development. We may or may not be the perfect partner for you but, either way, we’re here to help.

Lastly, we learned a new buzzword that we’ve decided to add to the lexicon during this interview. John called it the “Licensing Roadmap.” We hear a lot about technology roadmaps, but we don’t hear much about licensing roadmaps as it relates to the technology being built.

As John says, “there are so many choices when it comes to licensing,” and it’s important to think  six, 12, 24 months down the road because “there’s a lag when it comes to regulation and licensing and all these things. Many are licensed at the state level; many are gravitating to new charters.”

It’s not straightforward if you don’t have a deep background in the space so don’t be afraid to ask for help. ‍

If you think that help could be in the form of Bond, drop a line.

Carrying forward from our previous Interchange with Arlene Dzurnak, our Chief Compliance Officer, compliance talent can come from anywhere. We want — no, we need — more diversity in the compliance world and we’d love to hear from you! Want to learn more about the secret sauce? Reach out to zach@bond.tech or check out our careers page and let’s chat!

Why I Joined Bond: Philip McKay

Build the future of finance with us